Last week we had the 360 degree camera and the Raspberry Pi added to the mix of activities. I got to check out the 360 degee camera, and it’s cool. Definitely something you want to check out Thursday during a break from your other projects!

As for the Raspberry Pi, Jeff and some of the participants began exploring the world of machine learning. They trained an artificial intelligence software running on a Raspberry Pi microcomputer to detect a hands-in-the-air gesture in a live video feed. Once the software learned their input they used a simple python script to trigger a cheering sound each time their gesture was recognized in the video feed! 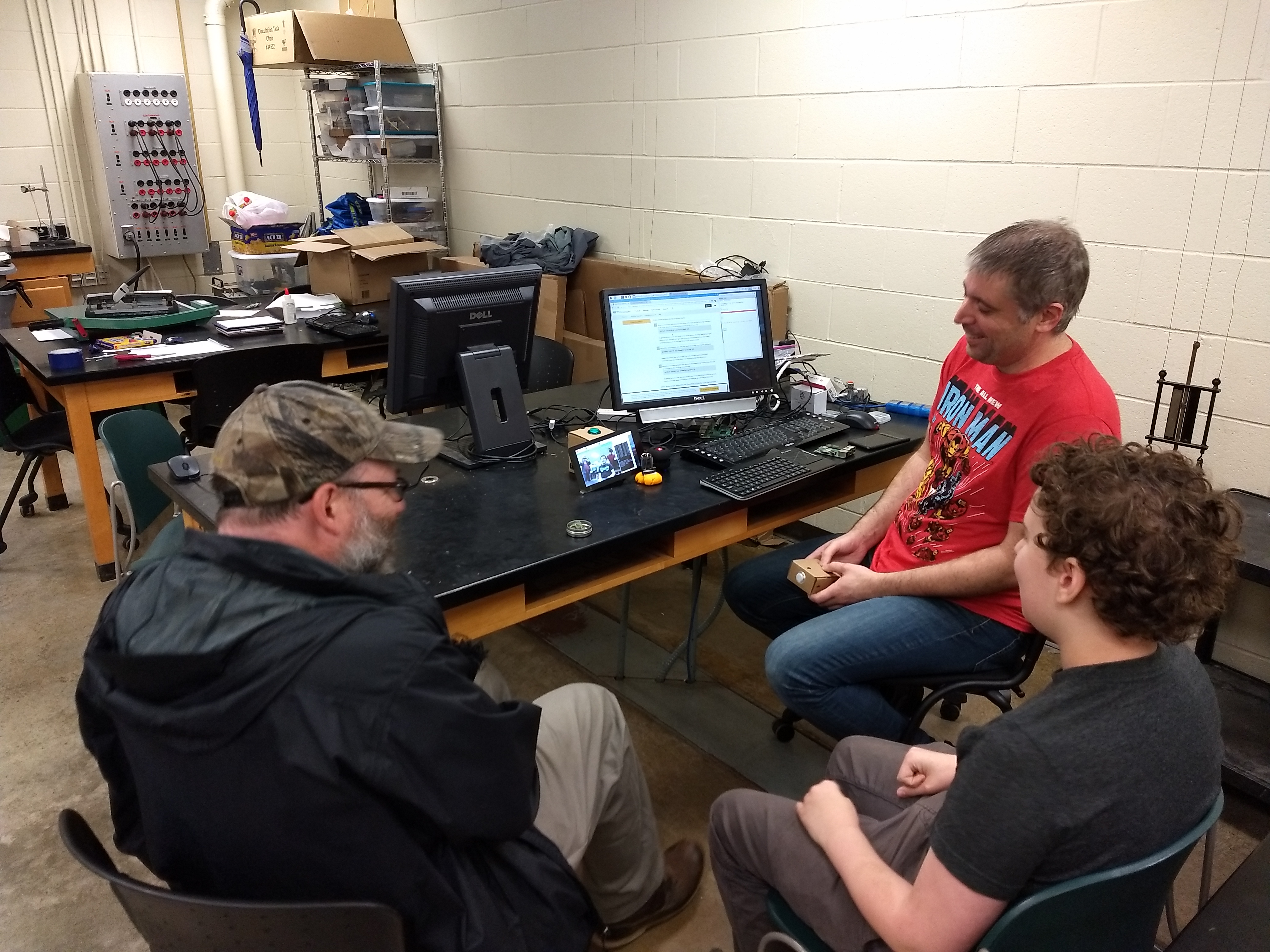 We also need someone who wants to learn how to solder to help put together a couple of “persistence of vision” kits.

In addition to the stations above, we will have the the normal stations available:

If you have not made a notebook, consider bringing a notebook from home to keep track of your accomplishments and plans.